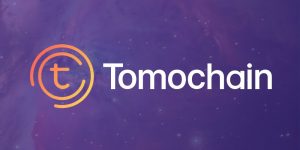 Tech companies abscond with treasure troves of personal user data only to be sold to the highest bidder. The US government’s stranglehold on the global financial hegemony with SWIFT draws ire from foreign countries and privacy proponents. And the looming development of Central Bank Digital Currencies (CBDCs) portends to remove cash entirely from major economies.

In an era where users are the product of many tech platforms, change is on the horizon. In particular, cryptocurrencies, now a movement behind bitcoin’s flagbearer status, continually expound the idea of a more private, open financial world.

The idea is to port a digital version of cash into a progressively more digital financial landscape. Many privacy-oriented cryptocurrencies emerged out of bitcoin’s wake to improve upon bitcoin’s shortcomings.

Wielding technologies like zk-SNARKs, ring signatures, and bulletproofs, these networks (e.g., Monero, ZCash, ZCoin) intend to provide the strongest privacy assurances for users against third-party snooping. However, they come with many of their own pitfalls.

Privacy-imbued transactions on Monero and ZCash are slow and cumbersome. They are also not compatible with the booming market of interoperable, smart contracts-based public blockchains — and by extension, with the field of DeFi.

TomoChain, the Singapore-based public blockchain, is poised to upend that narrative with TomoP.

“TomoP is the first-ever EVM-compatible private transaction protocol with very fast transaction speed that allows anonymizing the transaction sender in a transaction without requiring an intermediary,” details the TomoP whitepaper.

The vaunted goal of a cashless society is a dystopian dream of authoritarian regimes. A wealth of resources on the internet explicitly highlights the dangers of swapping out cash for a ubiquitous digital currency system. One that the government maintains a monopoly over is the worst-case scenario.

The ability to transact privately online becomes the new cash. Decentralized networks, like bitcoin and privacy-oriented cryptocurrencies, can make that vision a reality too.

Without digital financial privacy, the impunity with which tech firms pursue user social media data will be bolstered further as they seek to commingle social data with financial information. It’s no wonder that Facebook’s Libra was met with immediate enmity.

However, much of the innovation surrounding privacy on the web has taken the form of reducing advertising intrusions, more anonymous communication mediums, and preventing Big Brother (e.g., the NSA) from sniffing every data packet ushered across the internet.

“Cryptocurrencies have, so far, excelled at providing purely financial transaction privacy to users who know how to use them,” says Long Vuong, Founder and CEO of TomoChain. “However, we need to merge the privacy of protocols like Monero into broader smart contracts networks, where private transactions are low-cost, flexible, and optional with a single click.”

And that’s precisely the area that TomoChain is targeting with its latest product, TomoP.

At a high level, TomoP is an EVM-compatible privacy protocol for TomoChain, where privacy masks sender and receiver details along with transaction amounts. But it is also much more than that — it’s a suite of privacy features for TomoChain’s network.

“Due to TomoP being run via a smart contract it also allows for dapps to allow for a variety of private transactions,” details Vuong. “For example, we could introduce Private Staking on our masternodes.”

The technology relies on the cutting-edge cryptographic primitives of bulletproofs, ring signatures and RingCTs, and stealth addresses. TomoP takes the concept of privacy further, however. Instead of simply offering private transactions, the optionality of TomoP affords private transactions within dapps (e.g., DeFi, gaming, etc.) and built-in regulatory compliance.

“The new TRC21P standard allows truly private tokens to be minted and used,” says Vuong. “And the end-users wouldn’t need to know of TomoChain or even hold any TOMO. At the same time there is an optional ability to allow for any authorized entity to audit transactions within the network which would be a requirement for any business using private tokens.”

TRC21P private transactions could subsequently be used for building private payments networks on top of TomoChain. As an example, the Tomo team cites the ability of the TRC21P token to operate akin to a non-blockchain digital representation of currency — similar to how PayPal displays user balances on its network.

Many of these technologies are incorporated into networks like Monero and other CryptoNote coins. However, where TomoP distinguishes itself from the crowd lays with its integration with TomoChain’s broader ecosystems of dapps. In particular, it’s important to revisit the importance of private staking.

Entities that operate staking nodes have their anonymity compromised because of the verification process in most staking consensus models. The basis of PoS consensus models is a kernel — a data structure that hinges on a winning transaction output. Unfortunately, the kernel is directly linked to the winning output that proposes a block to the network, which compromises anonymity for staking parties.

Any participant in a network can verify the signature of a block proposed by a randomly-selected staking party by using the party’s public key. TomoP and TomoChain’s Masternode design can circumvent this problem and provide similar privacy assurances within dapps. As a consequence, a feature like private staking would be possible with TomoP, and is a possibility that the team could explore in the future.

And that’s exceptionally fast for crypto transactions, let alone standard cryptographic transactions which take up to 10 minutes to confirm on bitcoin. TomoP’s private transactions are the fastest in the market.

This varies drastically from networks like ZCash, where, even with its recent Sapling upgrade, shielded transactions are data-intensive and add considerably to blockchain bloat.

“We wanted to design a flexible, user-friendly privacy protocol that is congruent with the EVM,” says Vuong. “TomoP is even compatible with other blockchain networks, such as supporting private transfers of wrapped bitcoin, ether, and USDT (Tether).”

The multi-chain support is possible by using TomoBridge, which supports multiple assets from other blockchains. Tokens can be deposited into TomoBridge and an equivalent number of wrapped tokens will be minted within the TomoChain ecosystem. Wrapped tokens can subsequently be transacted privately using TomoP in the same way as sending TOMO or other TomoChain issued tokens.

“Using TRC21P, a business like PayPal could issue their own private token that allows for customers to transact privately across their networks of merchants/customers,” says Vuong. “However, they can also provide accurate data on transactions conducted within their network whenever or wherever required — this is outside the scope of other privacy networks.”

Typically, all smart contract data is open-source and available for hackers to peruse, probing vulnerabilities with automated scripts that scour for the most liquid asset pools and specific types of transactions. With TomoP, enterprises and financial institutions can rely on TomoP to provide assurances in privacy (that are also compliant) for issuing and swapping assets privately — off major exchanges and order books.

That’s an enticing proposition for household name entities wading around the edges of the DeFi market.

For the broader privacy of the web, TomoP, now in testnet, is another notch in the digital privacy toolkit that makes a cashless society seem less dystopian than it appeared only a decade ago.

Disclaimer: Blockmanity is a news portal and does not provide any financial advice. Blockmanity's role is to inform the cryptocurrency and blockchain community about what's going on in this space. Please do your own due diligence before making any investment. Blockmanity won't be responsible for any loss of funds.

Did you like the news you just read? Please leave a feedback to help us serve you better

Tue, 03 Mar 2020 20:15:12 GMT language
View Source
Investing in Cryptocurrency is high risk. CryptAssets does not offer financial advice. You should do your own research before choosing to purchase Bitcoin, Ethereum, or other Altcoins.