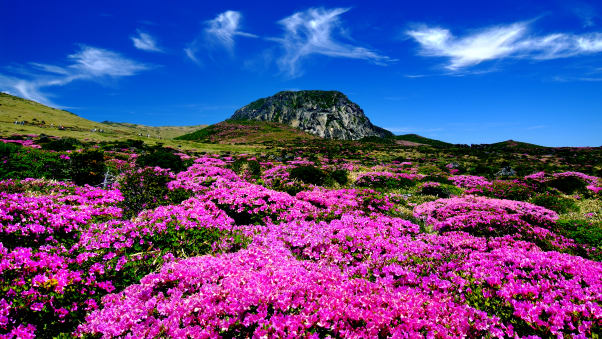 The Jeju Island just off the coast of the Korean Peninsula is eyeing becoming a favorite destination for blockchain and cryptocurrency enterprises. Policy officials in the Island’s government administration have begun preliminary deliberations on how to achieve the goal.

Governor of Jeju Island, Won Hee-ryong, held a meeting in Sejong with high-ranking government officials and policymakers on August 8th. In the meeting, the governor formally requested that the central government designate the island a special zone for the emerging technology. Present at the meeting was Korea’s finance minister and deputy prime minister for the economy, Kim Dong-yeon.

The governor proposed that the central government, the provincial government of Jeju Island, and private experts form a task force. This task force will discuss how the Island could become a cryptocurrency hub in Korea. Further buttressing his point, the governor said:

Blockchain is an opportunity for Korea to take the lead in global internet platform development. Blockchain can cut costs, provide stable transactions and essentially has the potential to become a game changer that could alter the ecosystem of the internet platform industry. For Korea to become a leader rather than a consumer of this new global industry, we need to quickly allow [the operation of] blockchain and cryptocurrency [firms].

Korea at the moment, is not very friendly towards cryptocurrency trading. In 2017, the Korean government designated ICOs a “fundraising activity without permission,” thereby rendering them illegal. The country has, however, not rolled out regulations to completely ban ICOs.

The Quest to Earn the tag of “Blockchain Island”

On July 5, 2018, Joseph Muscat, Prime Minister of Malta, confirmed in a press conference that the Maltese parliament unitedly decided to approve three bills. These approved bills were to promote blockchain technologies and cryptocurrency use. The decision by the parliament gives these projects a legal status.

Previously in June, the Maltese government passed three cryptocurrency, making it the first country to do so. The government of Malta has time and again, proven itself to be Blockchain Island it set out to be. Antigua and Barbuda is another island that is striving to achieve the same goal. Together with tycoon, Calvin Ayre, the Island’s government is making giant strides to plant the country on the global decentralized technology map.

Tue, 14 Aug 2018 16:32:35 GMT language
View Source
Investing in Cryptocurrency is high risk. CryptAssets does not offer financial advice. You should do your own research before choosing to purchase Bitcoin, Ethereum, or other Altcoins.